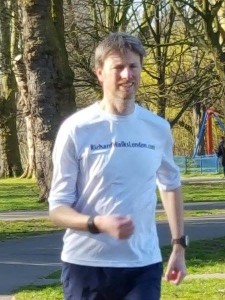 It turns out that I have been wrong all this time!

Sleep is important and does help prevent injury and assist in the recovery from injury.

For years I have had the attitude that there is plenty of time to sleep when you are dead, and I’ve survived on between 4 and 6 hours sleep a night.

But about three weeks ago I was out training and listening to a podcast (I listen to lots of podcasts when training) about the importance of sleep, and it got me thinking about what I am trying to achieve this year – the fact that I am working to improve my diet, trying to stretch more, and generally just trying to be a bit healthier.  But I am still trying to survive on less than an optimal amount of sleep.

So for the last three weeks I have been trying to get 8 hours sleep at least three times a week, and trying to average 7 hours sleep per night overall.  I’m not quite there yet, but I already feel better due to the extra hour or more of sleep that I am getting each night, and I think that this is another area that I will monitor over the next six months in the lead-up to the 6 jours de france (Privas 6 day race) in October.

Four months in to my new healthier eating and it is almost like healthy eating is now becoming natural to me.  I haven’t had a ‘heat n eat’ meal all year.  I used to eat one at least once a week, if not twice.  I have only eaten chocolate twice – during the M25 walk in March and one other long training walk.  I hardly drink any coke.  I cook a vegetarian omelette (sometimes with the addition of some bacon) for breakfast on days when I have time, otherwise I have porridge – both much better for me than cornflakes.  And more recently I have been focusing on eating more fruit including a minimum of two bananas every day.

In January I set myself a target of stretching for 30 minutes three times per week.  I haven’t yet met that target but without the goal of three sessions per week I probably wouldn’t even do one stretching session.  This month I averaged twice a week.

At the start of the month I was struggling a little with both my right knee and right hip but they appear to be better now and I have cancelled the MRI that I was booked to have on my knee in early May.  I think the additional sleep has helped aid my recovery.

I haven’t done any back-to-back long walks like I had hoped to do during April but I did get in two 50+ kilometre walks as well as a sub 30 minute 5km (my first since July 2014) and I feel that I am in great shape and am looking forward to my first two races of the year – the Continental Centurions race (24 hours) in two weeks time followed by the 145 mile Grand Union Canal Race at the end of May.  In theory, from just those two walks alone I will cover 260 miles (418km) during May which will make May my biggest distance month since May of last year.  Add to that a couple weeks of light training between now and the Centurion race and I could end up with over 500km next month.

None.  My first race of 2016 is the Continental Centurions race (24 hours) in mid May and I will follow that up with the 145 mile Grand Union Canal Race at the end of May.

I have huge plans for 2016.  Everything is focused around the 6 jours de france (Privas 6 day race) in October, and I am breaking my preparation down in to individual months – April was month four of a 9 ½ month build-up and was all about recovering from some minor injuries and getting back in to my training.  May is going to be all about pushing myself through two big races which are both mini goals in their own right, but are also about building mental strength for October.  I read a quote the other day that “ultra-distance racing is 90% mental and the other 10% is in the head”.  That is what I will be working on during May.

And at the end of each month I will write another review and set my goals/plans for the next month.