Today is the 1st of April and after struggling with injury for the last six months, I’m back training again and looking forward to a huge summer.  After missing the Belfast to Dublin Ultra this weekend, I’ve spent this afternoon making new plans for 2018.

My main focus of 2018 is still the Privas 6 day race in August, but I’ve changed some of my plans for the rest of the year.  I won’t be doing the EMU 6 day race in Hungary in May as I can’t get fit enough over the next 4 weeks to do that race justice, and it is too expensive to use as a ‘training race’.  The EMU was going to be a major part of my preparations for Privas though, so rather than doing EMU, I will bring forward my Paris to London fundraising walk for Limbless Association forward and do that in July rather than October.

I’m also going to do two 24 hour races over the next two months as well as Last One Standing UK in June.  So my plans for 2018 now look like this: 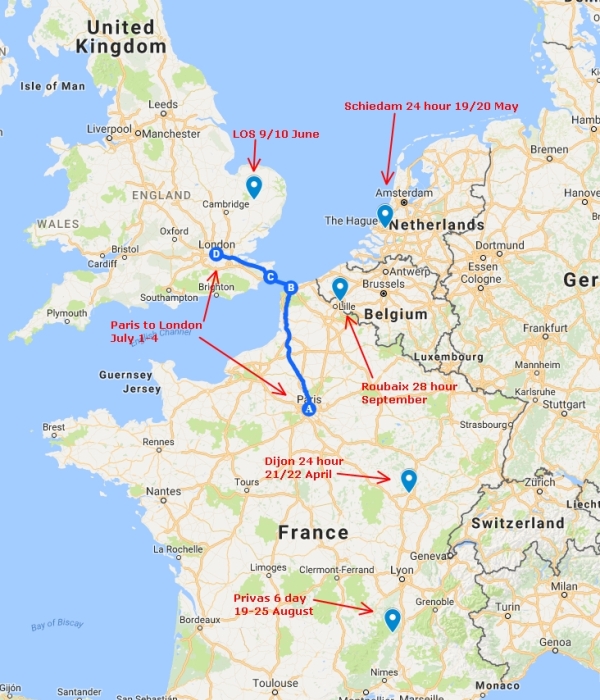