It’s a little bit ironic that today is the first day for this blog – which is all about walking in London – and I ran further in one day than I have since April 2014!But New Years Day in the UK (and many other parts of the world) is a special day for parkrunners. It is the only day of the year in which it is possible to run two parkruns in the one day, and whilst I have become a dedicated race walker over the last 2 ½ years, I still like to run parkrun each week. parkrun is a 5km running event which is free to enter and is held in over 500 locations in 10+ countries around the world each Saturday morning as well as in many of those locations every Christmas Day and New Years Day.

But I didn’t count on getting lost several times on the walk to Wanstead Flats – in fact on the walk to the tunnel to go under the Thames! And I also miscalculated how much time I would have to walk back to Southwark after my first run.

This was my planned route – 6.7 miles which would normally take around 75 to 80 minutes.

And this was my actual route – which took 1 hour and 46 minutes including the need to run the last mile to get to Wanstead Flats just as the run was starting:

As you can see, I went wrong right from the start by leaving Southwark Park in the wrong direction!

Once I finally found the Rotherhithe Tunnel which would take me under the River Thames I found a flashing sign at the entrance advising that the tunnel was closed. But given that a fire engine was driving in to the tunnel at the time I decided to follow it and 500 meters into the mile long tunnel I discovered why the tunnel was closed:

Someone on their way home from their New Years Eve celebrations had managed to roll their car, possibly trying to avoid another car as there appeared to be two cars and about eight fire engines plus ambulances at the scene of the accident.

I didn’t take any photos of the actual accident as I didn’t want to appear to be too nosey, and also was concerned that the photos might show more than I would want to see.

After passing the scene of the accident though, I took the liberty of walking the next 1,000 meters along the middle of the road:

After arriving on the other side of the Thames I followed a mixture of roads and tow paths along the canal and kept a close eye on the clock, eventually having to start running in order to get to Wanstead Flats by 9am. 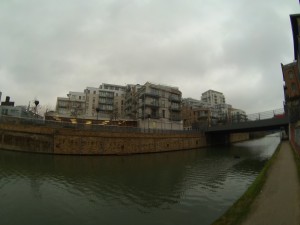 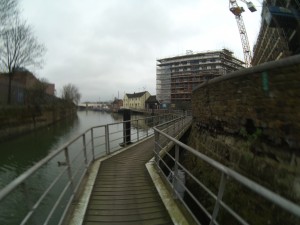 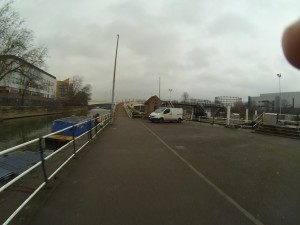 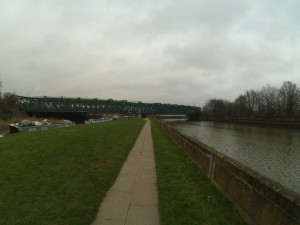 I completed Wanstead Flats parkrun at an easy pace in muddy conditions in 23:50 odd and as this was the second parkrun in a row that I had had to run the last mile to get to after getting lost along the way I decided that I would catch the bus and tube back to Southwark in order to ensure that I arrived in time for my second parkrun of the day. 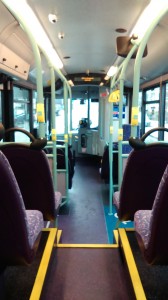 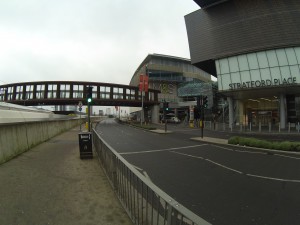 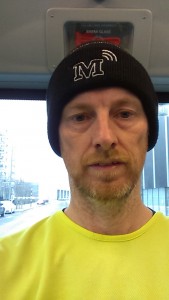 Just as well too, as I arrived back at Southwark Park with just a few minutes to spare and then ran my second parkrun in about 23:20.

Having missed out on the walk back I decided to do another 12km (7 ½ miles) after I finished the parkrun and walked out to Burgess Park and back so that I could join today’s walk/run to my previous walks on my ever expanding London map: